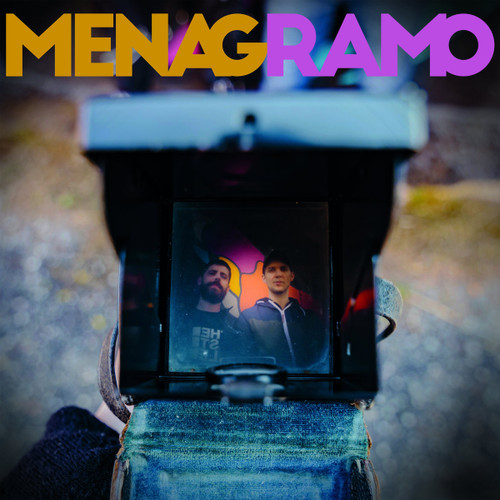 You can say anything about Menagramo, but not that they're lazy.
Since 2016 they've put out a full length, seven different DIY EP's, a tape. A number of differently designed shirts that it's pretty hard to make sense of. Something like 150 shows: they played on a moving bus, standing on a table in a bike shop, in living rooms, in backyards, at a bonfire party.
They practiced twelve times in these last six years.

You can say that Menagramo are lazy, but not that they're incoherent.
Since when they started, the deal was clear: never hit a studio, never release anything physical, never have any contact with record labels, put all music out for free.

It haven't always gone that way. But still they're the kind of band which plays a big show with an expensive ticket and feel the need to play another show in the same city one week after with a 9 times cheaper ticket.

You can say that Menagramo are incoherent, but not that they don't care.
When “RIBCAGE” came out, five days before lockdown, Menagramo had a big tour planned and lots of expectations. Everything, just like the work of any other band, went down the toilet so bad. They decided to move one and write a new EP.

You can say Menagramo don't care, but not that they give up.
So when Wild Honey Records showed up, interested in this new EP, they also came up with another idea: what if we repress “Ribcage” and add these new four tracks on the top?

It took some time to arrange it all, but here it is. “MENAGRAMO”, aka “Ribcage” with a new life, graphic layout and sounding better than ever, plus four brand new tracks which will most likely blow your minds up.
In the end, Menagramo decided “Ribcage” deserved a second chance. Wild Honey provided that second chance.
You can say that Menagramo give up, but they just fuckin don't.

LP The Queers - Save The World