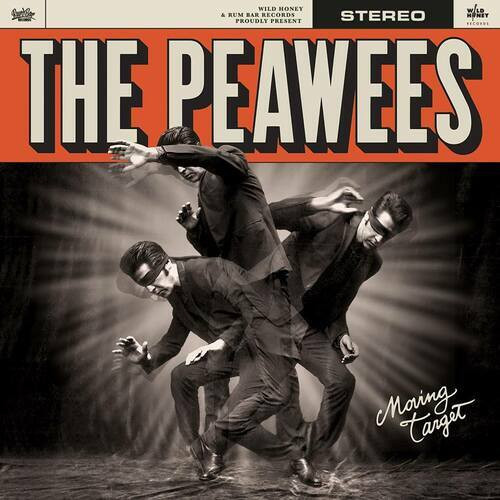 WILD HONEY Records & RUM BAR Records are getting together to bring you the party this Fall.
The wait is over, years in the making, you’re frothing at the mouth, screaming in anticipation, its got 60’s girl group sounds, a Phil Spector wall of sound, foot-stomping backbeats, jangling guitars, piano, tambourine, killer songwriting, and a top-notch, world-class punk rock n’ roll band... The Peawees are back!

Over the past 20 years The Peawees from La Spezia, Italy became a household name in the European rock ‘n’ roll scene, with 5 albums and multiple 45’s under their belt.
The Peawees are today recognized as one of the strongest bands in the European rock ‘n’ roll scene. Active for over 20 years they have never ceased making their own sound; a mix of Rock ‘n’ Roll, Garage Rock, R&B, Punk, and Soul Music. Touring Europe, UK and the US, they have shared the stage with iconic punk and rock legends such as The Damned, The Sonics, The Dictators, Radio Birdman, The Dwarves, and many others. Let your ears and soul feast on songs like ‘As Long As You Can Sleep’, ‘Walking Through My Hell’, “Justify” and the lead ‘Stranger’, go on, feel it, embrace it, love it, live it... we sure do.
The dirty rock n’ roll swagger, the energy that you’ve come to know and love, it’s all there. Rock n’ roll has returned, rock n’ roll has a name, rock n’ roll is The Peawees and Moving Target is the album.

“After more than two decades in the game, this Italian foursome only gets better with age.” LORD RUTLEDGE, Faster And Louder
“The Peawees are just about the hardest rocking band that we have the opportunity to ever appear with. Do yourself a favor. If The Peawees are ever performing anywhere near you don’t miss them. They’re a great band and will definitely rock your socks off!” ROB LIND, The Sonics

CD The Peawees - Leave It Behind

CD The Peawees - Walking The Walk

CD The Peawees - Leave It Behind

CD The Peawees - Walking The Walk